Greenfield has attempted to deceive Iowans by hypocritically claiming not to accept “one dime” of special interest money. Yet, the reality is Greenfield has taken over half a million dollars from corporate lobbyist, executives and CEOs. That includes money from drug companies, insurance companies and even big oil – the very industries Greenfield alleges she’s against. 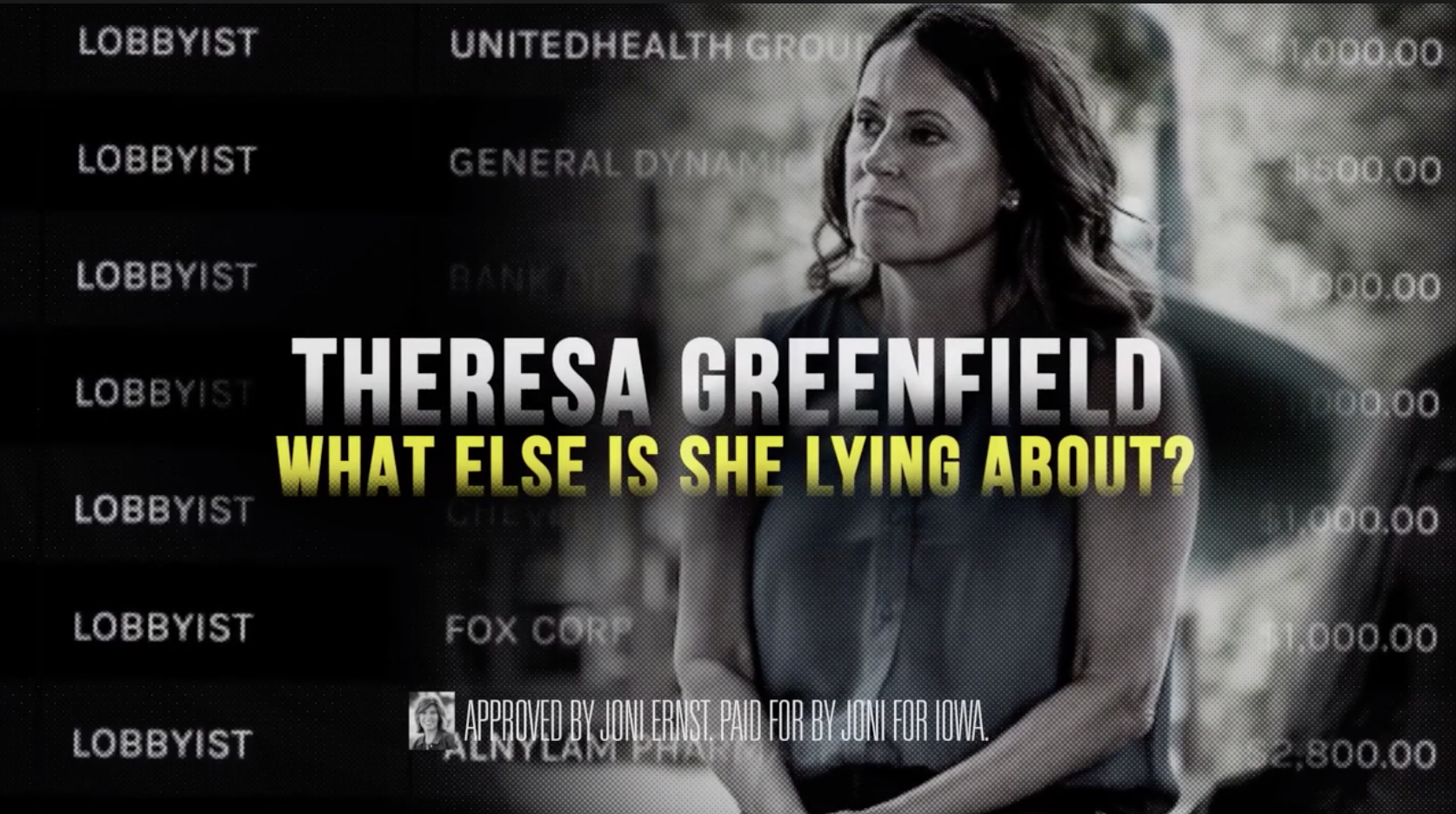 “Despite her rhetoric, Theresa Greenfield has hypocritically lined her pockets with half a million dollars from corporate lobbyists, executives and CEOs,” said Brendan Conley, Communications Director for Team Joni. “If Greenfield will lie to Iowans about this, what else is she lying to us about?”

Greenfield: “Not taking one dime.” “Won’t take one dime.”