Just two days after securing action from the White House to expand access to E15 at the pump, Joni Ernst (R-Red Oak) delivered another major win for Iowa’s farmers and biofuels producers by successfully pushing the EPA to throw out more than 50 biofuels waivers.

Check out what folks are saying: 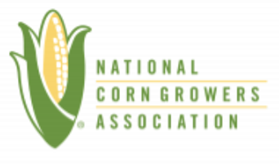 “Joni has fought tirelessly for our farmers for years, so it’s no surprise to us that she’s delivered again in holding the EPA accountable, bringing our voices directly to Washington, and getting these waivers thrown into the trash where they belong. Thanks to Joni’s relentless work, Iowa farmers got a big win this week,” National Corn Growers Association President Kevin Ross

“We are grateful for President Trump taking this action after hearing from farmers and our elected champions. A special debt of gratitude is owed to Sen. Joni Ernst who publicly pressed this very issue with President Trump during his trip to Iowa on Aug. 18. Assuming the 10th Circuit Court directives for the remaining RFS exemption requests are followed, President Trump is on track to uphold his promise to Iowa voters to protect the RFS,” Executive Director of the Iowa Renewable Fuels Association Monte Shaw

“Joni always stands up to Washington bureaucrats on behalf of us farmers and delivers. Her work to get these waivers tossed out is a major win for Iowa. This is just the latest example of Joni’s long list of results in fighting for Iowa’s farmers and producers,” NW Iowa Farmer Kelly Nieuwenhuis of the Iowa Corn Growers Association

Stein: The President has announced some good news for Iowa’s ethanol producers and corn farmers. What do you think about the steps that have been taken, and what else needs to be done?

Grassley: It is very very good news. And I’d like to take some credit for it but I’m going to have to give Ernst more credit. And the reason I’m giving her more credit is because I was at the same meeting she was at with the President and she said to the President you better deny all of those gap waivers. So he announced that today that he was and he could have done it on his own volition but I’ll bet you two bets that Ernst irritating him all the time about it made the biggest difference. […] So on ethanol issues she really has the ear of the president.