Greenfield has said clearly that abortion is an issue she will not compromise on and she will oppose any legislation to protect innocent babies from things such as partial-birth or third-trimester abortions. 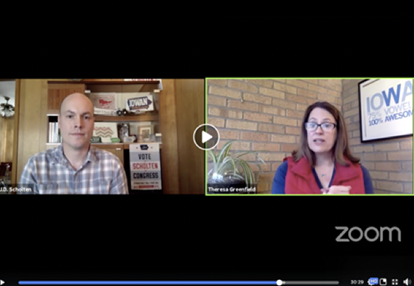 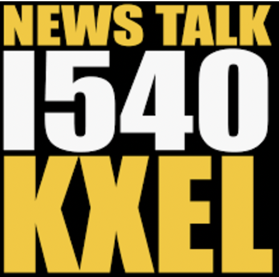 “In her own words Theresa Greenfield’s called her position on abortion ‘uncompromising’ proving the only Justices she’d want on the Supreme Court would strongly support partial-birth and late-term abortions,” said Joni Ernst spokesperson Melissa Deatsch. “Once again, it’s clear that after all of the money she’s taken from liberal pro-abortion special interest groups, Greenfield is perfect for California, but far too liberal for Iowa.”

On April 6, 2020, when asked what issues she would not compromise on, Greenfield cited a “woman’s right to make her own health care decisions,” calling it “Uncompromising.” JD SCHOLTEN: “Sometimes there is a need for compromise in Washington. Would there be an issue upon which you’d be willing – unwilling to compromise? If there’s an issue you’re unwilling to compromise?” THERESA GREENFIELD: “Thank you Jim, and no, you’re absolutely right. As I travel the state, people want the divisiveness to end. I don’t think the expectation is that we’re gonna get our way on everything but we do want to have the fight, we want to have the discussion and the debate which right now, Mitch McConnell, Joni Ernst – they’re not having that debate because every bipartisan bill that comes over from the House is just sitting on his desk and they’ve really stopped that Democratic process, so I want to go and work together. I’ll stand up for so many things but I know I’ll also have to make compromises along the way to get things done. So are there things that I say heck no to? Well, I will always defend a woman’s right to make her own health care decisions. That is uncompromising to me. I’m – actually frankly, everybody needs to be able to make their own health care decisions, not just women.” (Theresa Greenfield, Interview With J.D. Scholten, 4/6/20) MINUTE: 29:26-30:38

Greenfield has been endorsed by pro-abortion special interest groups who are pushing for late-term, partial-birth, and taxpayer-funded abortions. “[email protected] is “very proud” of her efforts to defund PlannedParenthood. Well I’m proud to be endorsed by @NARAL, @emilyslist, AND @ppact. When I’m in the Senate, I’ll always fight to defend reproductive freedom. #IASen.” (Theresa Greenfield, Twitter, 7/20/20)