Caving under pressure to liberals like Alexandria Ocasio-Cortez and Chuck Schumer, Theresa Greenfield is now refusing to say whether or not she supports packing the Supreme Court (NOTE: Biden did the same earlier this week, as reported by POLITICO).

Greenfield was asked directly at the Greater Des Moines Partnership forum whether she supported the move. Greenfield, in a reversal from earlier this year, commented: “I wouldn’t say I’ve formed an opinion on that.” 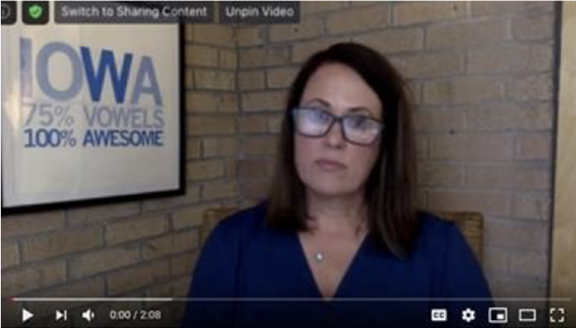 This is a reversal from her position in May when she opposed expanding the court. As a result, Greenfield’s campaign went into damage control. Her campaign scrambled with a statement from a spokesman that deflected and still would not say if Greenfield opposed packing the court.

“In the Senate, you are forced to make yes-or-no decisions, so it’s remarkable that Theresa Greenfield is refusing to give voters a straight answer regarding liberals’ plan to pack the Supreme Court with radical judges.  Greenfield’s caving is proof that if elected she’ll stand with liberal special interests bankrolling her campaign, not Iowans.” – Brendan Conley, Ernst spokesperson

Greenfield’s Campaign Scrambled After Her Comments, Issuing a Statement Deflecting Questions on Court Packing. “Theresa Greenfield’s campaign statement on the idea of adding more justices to the Supreme Court: ‘Instead of adding more justices to the Supreme Court, Theresa believes the best way to make our democracy more representative for all Iowans is to end political corruption by banning corporate PACs, banning dark money and banning members of congress from becoming lobbyists. Those are all crucial reforms that Senator Ernst refuses to support.’” (Tweet from Iowa Starting Line, 9/23/20)

In May 2020, Greenfield Said She Did Not Support Expanding The Supreme Court

Greenfield Was The One Senate Candidate Who Explicitly Came Out Against Expanding The Supreme Court. “The candidates split on whether the Supreme Court should be expanded. Graham said increasing the number of justices from nine is ‘one really good option for ending the politicization of court.’ Mauro agreed, but Greenfield didn’t think expansion is necessary. Franken said he wasn’t sure and would leave it to constitutional lawyers to advise him.” (James Q. Lynch, “Iowa Democratic Senate Hopefuls Demonstrate Differences In TV Debate,” The Gazette, 5/19/20)