Greenfield Claims “Technical Difficulties” To Dodge Her Hypocrisy on SCOTUS 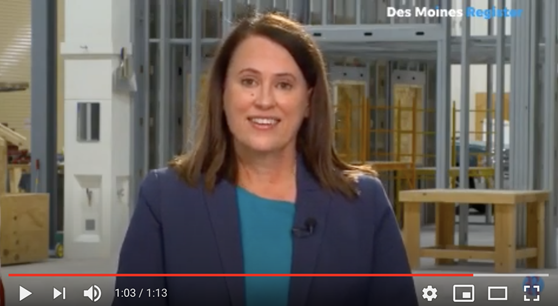 “Theresa Greenfield pretended she couldn’t hear the question about confirming Judge Amy Coney Barrett, because she doesn’t want Iowans to know that she opposes religious liberties, wants to restrict the Second Amendment and even supports extreme environmental rules that would hurt farmers,” said Joni Ernst spokesperson Melissa Deatsch.  “Unlike Greenfield, Joni believes in highly-qualified judicial nominees from the Midwest like Amy Coney Barrett who will not legislate from the bench.”

In May 2020, Greenfield endorsed Nancy Pelosi’s “signature” gun control legislation passed by the House. “You know, the House of Representatives passed a bipartisan bill that included that, doing those things. It is sitting on the Senate’s desk. Mitch McConnell will not bring that bill up. Joni Ernst will not demand and do her job to have that vote, that bill heard on the Senate floor and we should vote her out so that we can take this kind of bipartisan action and get started on reducing gun violence in this country.” (Theresa Greenfield, Interview With Eastside Huddle, 5/9/20 – Minute: 28:09-29:05)

In April, 2020, Greenfield said she supported partial-birth abortion and it was an “uncompromising” position. Well, I will always defend a woman’s right to make her own health care decisions. That is uncompromising to me. I’m – actually frankly, everybody needs to be able to make their own health care decisions, not just women.” (Theresa Greenfield, Interview With J.D. Scholten, 4/6/20 – Minute 29:26-30:38)